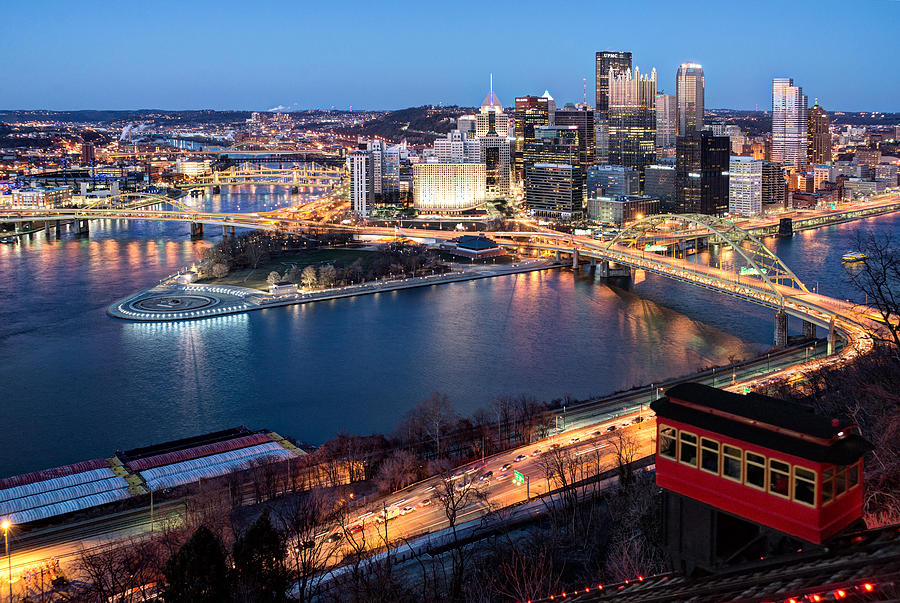 Spring Evening at the Duquesne Incline

Spring Evening at the Duquesne Incline

Pittsburgh--The Steel City. Founded in 1758, this city of 305,000 rises at the confluence of the Allegheny, Monongahela, and Ohio rivers. Known primarily for its steel industry, Pittsburgh is also famous for its bridges, of which there are 446. Pittsburgh is home to many landmarks, including two inclined railways, 30 skyscrapers, a pre-revolutionary fortification, Heinz Field, the University of Pittsburgh, and numerous steel mills. Pittsburgh has been named "America's Most Livable City" by Forbes and National Geographic.

The Pittsburgh skyline glistens behind the famous Duquesne Incline on a chilly March night. The Duquesne Incline is one of two inclined railways left in the city of Pittsburgh. Note the slight difference in coloration of the Monongahela and Allegheny rivers where they come together to form the Ohio river.