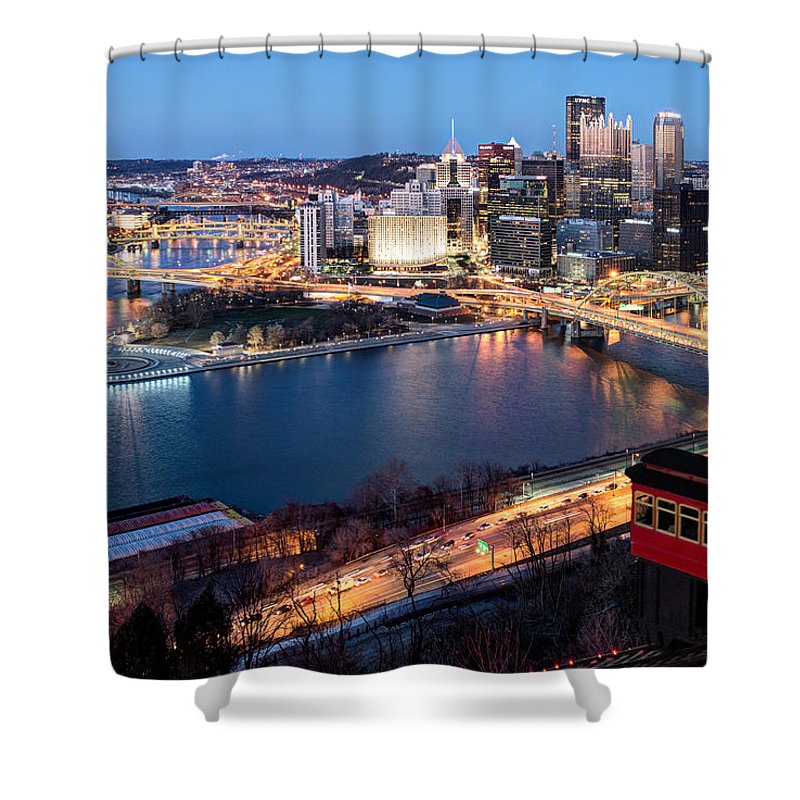 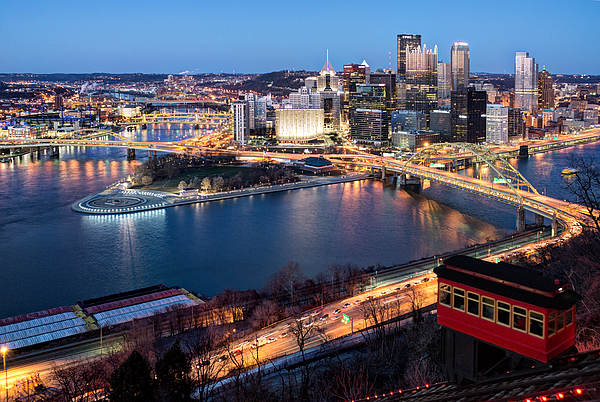 Boundary: Bleed area may not be visible.

Click and drag to re-position the image, if desired.

The image is near the edges of the product but doesn't cover the entire product.   Some of the background color may appear around the outside edges of the image.

Our shower curtains are made from 100% polyester fabric and include 12 holes at the top of the curtain for simple hanging from your own shower curtain rings. The total dimensions of each shower curtain are 71" wide x 74" tall.

Pittsburgh--The Steel City. Founded in 1758, this city of 305,000 rises at the confluence of the Allegheny, Monongahela, and Ohio rivers. Known... more

Pittsburgh--The Steel City. Founded in 1758, this city of 305,000 rises at the confluence of the Allegheny, Monongahela, and Ohio rivers. Known primarily for its steel industry, Pittsburgh is also famous for its bridges, of which there are 446. Pittsburgh is home to many landmarks, including two inclined railways, 30 skyscrapers, a pre-revolutionary fortification, Heinz Field, the University of Pittsburgh, and numerous steel mills. Pittsburgh has been named "America's Most Livable City" by Forbes and National Geographic. The Pittsburgh skyline glistens behind the famous Duquesne Incline on a chilly March night. The Duquesne Incline is one of two inclined railways left in the city of Pittsburgh. Note the slight difference in coloration of the Monongahela and Allegheny rivers where they come together to form the Ohio river.

Follow on Instagram @mhammersteinphoto I have enjoyed photography ever since I was young; I have always wanted to get my hands on a camera and take pictures when I see one. When I was 10, I saved up some money and bought my first camera, a Kodak point and shoot. I was instantly hooked. Today, I am enjoying photography as a side endeavor while I pursue a degree in civil engineering. I enjoy producing architectural, nature, and landscape images, especially while hiking and traveling. Many of my images are from trips taken to many parts of the United States. I have galleries featuring photographs of many locations and a wide variety of subjects. Any would look great and provide an eye catching conversation piece for homes, offices, or...