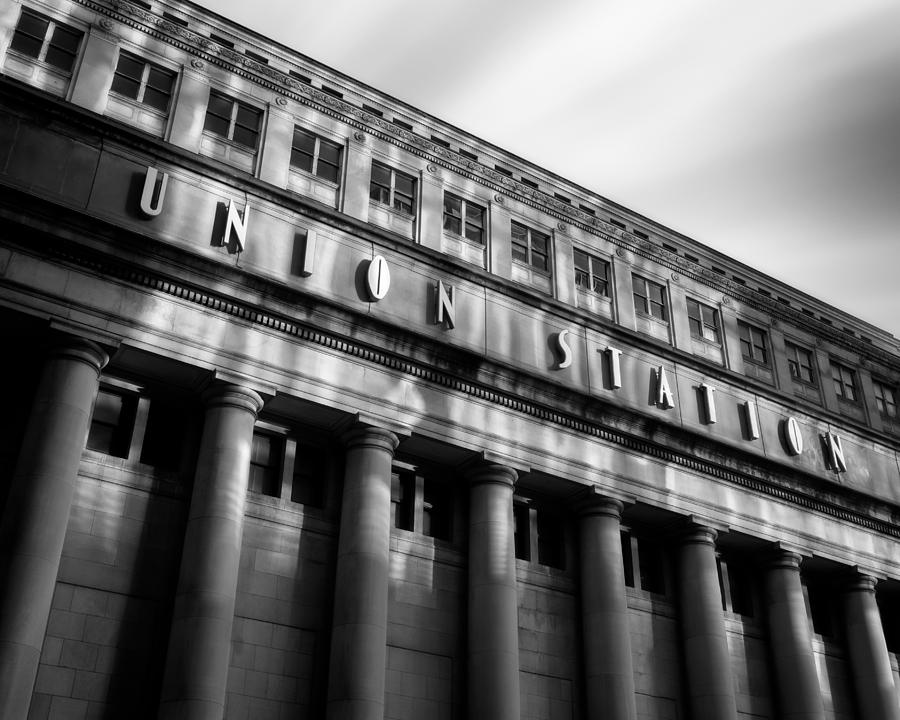 Facade of Chicago Union Station on a winter morning. Union Station is a major railroad station that opened in 1925. It is the only remaining intercity rail terminal in Chicago, and is the city's primary terminal for commuter trains. The station stands on the west side of the Chicago River between West Adams Street and West Jackson Boulevard, just outside the Chicago Loop. Including approach and storage tracks, it covers about nine and a half city blocks — mostly underground, buried beneath streets and skyscrapers. The station serves as Amtrak's flagship station in the Midwest, and is also the downtown terminus for six Metra commuter lines. Chicago Union Station was designated as one of America's "Great Places" in 2012 by the American Planning Association.

The low light of a winter morning was reflected by the glass facade of an office tower located across the street from Union Station, creating the mottled lighting seen here. It's always fun to walk around this area of Chicago on a weekend morning and take photos. Black and white helped to simplify this image and accentuate the reflected sunlight on the station facade.

This photo would look great in any modern home or office; especially as a large, attention-grabbing centerpiece. It is available as a canvas print, framed print, acrylic print, wood print, metal print, art print, or greeting card. Licensing options are also available: see below.