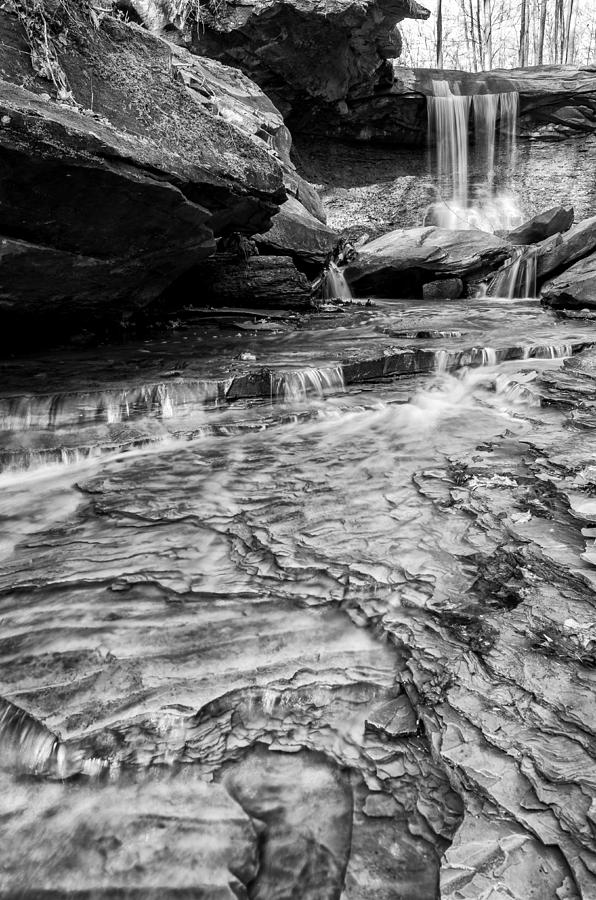 Waterfall in Black and White

Waterfall in Black and White

Cuyahoga Valley National Park, established in 1974, protects and preserves 51 square miles of rural landscape along the Cuyahoga River between Cleveland and Akron, Ohio. It was designated a National Park in 2000. The Cuyahoga Valley began providing recreation for residents of nearby urban centers as early as the 1870s. In the early twentieth century, the area began to be formally preserved under the Cleveland and Akron metropolitan park districts.

The park’s primary attraction is its many miles of hiking and biking trails, including portions of the towpath trail of the former Ohio and Erie Canal. The park also features some of the best scenery Northeast Ohio has to offer, with rolling hills, winding rivers, cliffs, caves, and waterfalls. There are several preserved historic structures, as well as two winter ski resorts.

Blue Hen Falls is one of the park's most popular waterfalls, seen here in black and white. Note the slate that makes up much of the riverbed.